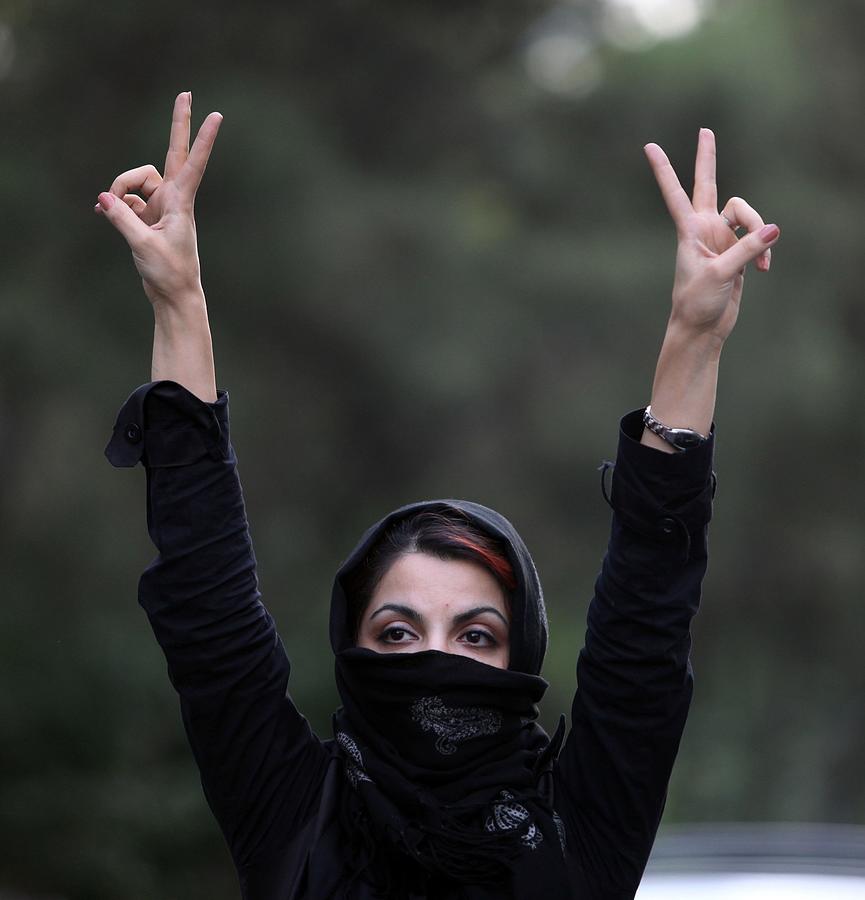 TEHRAN, IRAN - JULY 9: An Iranian woman holds her hands in the air and makes V signs as she protests in the streets on July 9, 2009 in Tehran, Iran. Following the recently disputed presidential elections demonstrators were met by force and tear gas rounds fired by Iranian police and Basij as they defyied government warnings to stage a march in commeration of the anniversary of bloody student unrest in 1999 at Tehran University. (Photo by Getty Images)