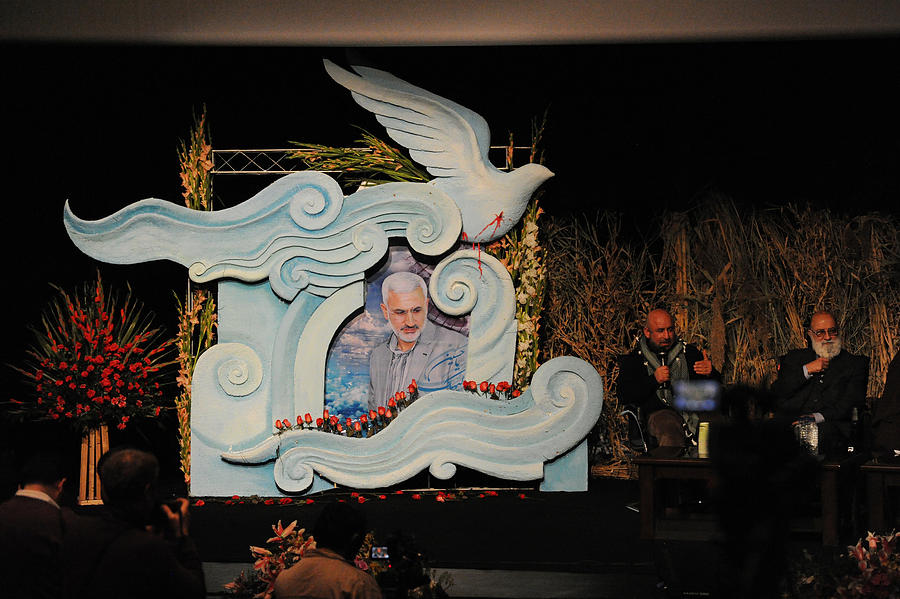 TEHRAN, IRAN Ð FEBRUARY 6: A large dove with a bleeding heart looms over the stage at the anniversary remembrance of a Qods Force "martyr" Brig. Gen. Hassan Shateri, killed a year ago in Syria, on February 6, 2014 in Tehran, Iran. The Qods Force is the elite branch of Iran's Revolutionary Guard, and under the command of Maj. Gen. Qassem Soleimani has for years masterminded Iran's effort to counter US and Israeli influence in Lebanon, Iraq and now Syria. (Photo by Scott Peterson/Getty Images)