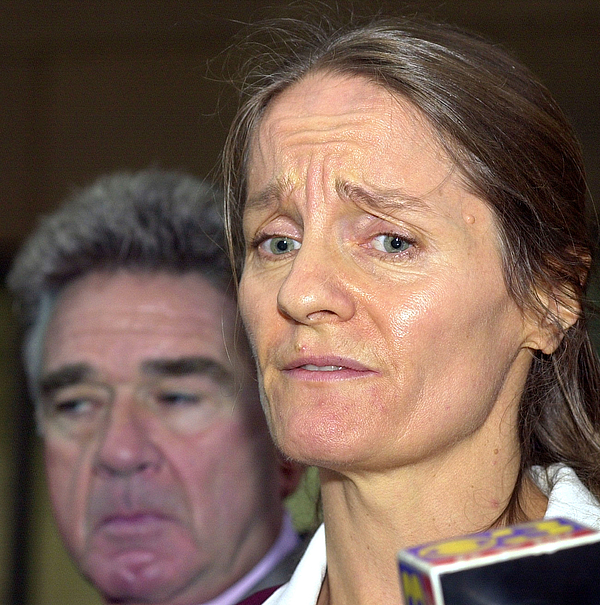 PHILADELPHIA - OCTOBER 9: Defense witness Ann Susan Cavers (R), a self-proclaimed psychic, speaks to the media after testifying at the trial of Ira Einhorn outside the Criminal Justice Center October 9, 2002 in Philadelphia, Pennsylvania. Cavers testified that Einhorn asked her to come to Philadelphia in 1977 to use her psychic abilities to find his former girlfriend Holly Maddux. The defense team for Ira Einhorn, who is charged in the 1977 killing of Maddux, began presenting their defense today. The defense team has said they may call musician Peter Gabriel and actress Ellen Burstyn as character witnesses. (Photo by William Thomas Cain/Getty Images)