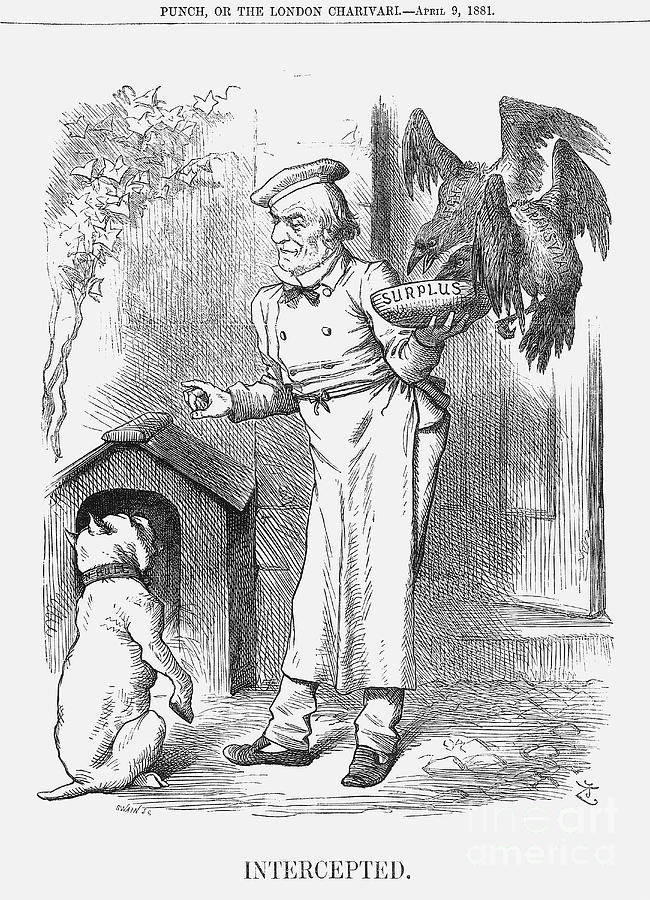 The Liberal Prime Minister, Gladstone, also held the office of Chancellor of the Exchequer and this cartoon shows him in a chef's outfit feeding his dog from the bowl of surplus. However, whilst he concentrates on the dog, John Bull, his bowl is being emptied by the crows named Transvaal and Afghanistan. This relates to Gladstone's 1881 Budget. It proved to be a modest affair, due to the heavy expenses relating to the Afghan and Boer Wars. However, he was able to reduce Income Tax by 1d to 5d in the pound. From Punch, or the London Charivari, (Photo by The Cartoon Collector/Print Collector/Getty Images)