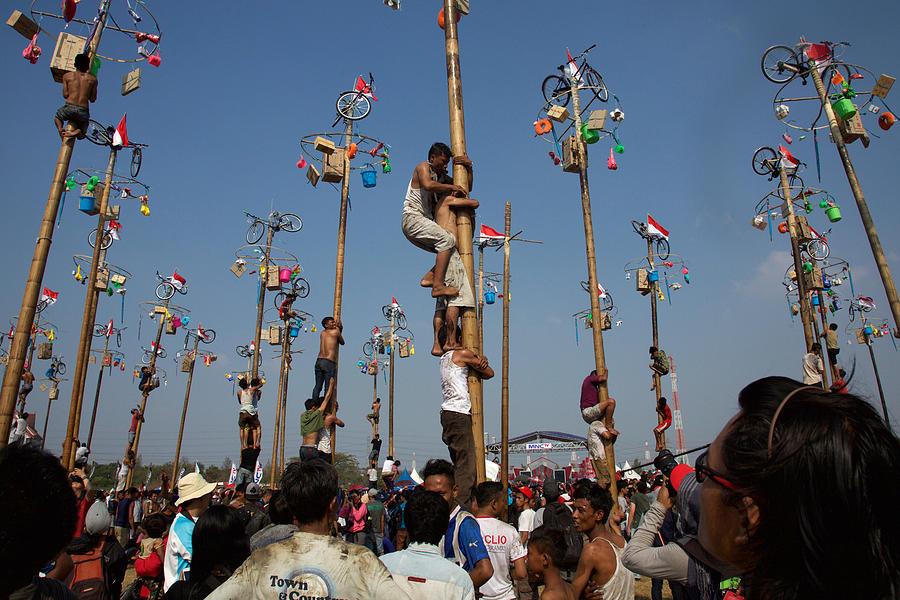 JAKARTA, INDONESIA - AUGUST 17: Indonesian men in teams of 4 try to climb to the top of a greased pole called a panjat pinang in order to get to the prizes tied to the top on August 17, 2015 in Jakarta, Indonesia. Cities and villages across Indonesia celebrated the country's 70th anniversary of Independence with traditional games, and music, and flag raising ceremonies.(Photo by Ed Wray/Getty Images)