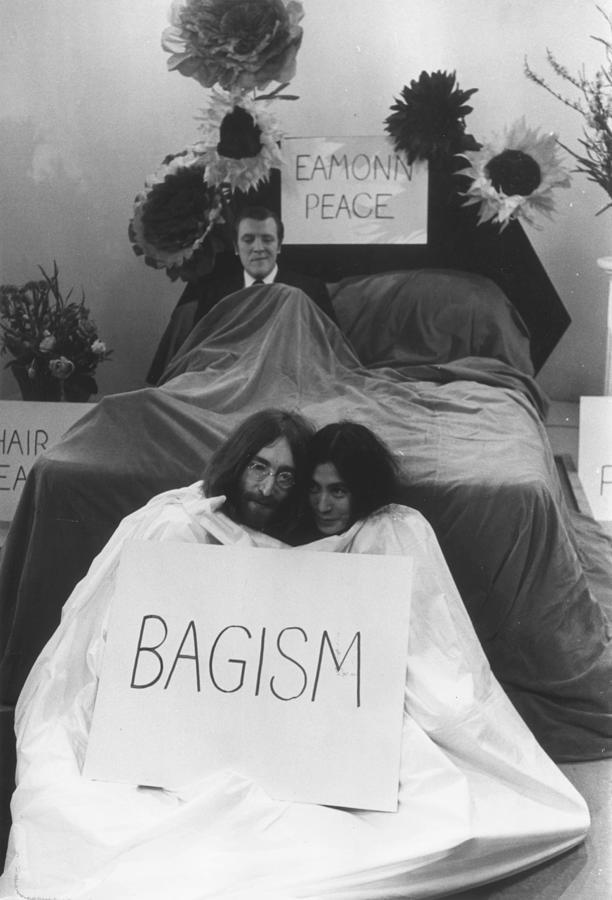 In Bed With Eamonn

In Bed With Eamonn

Television presenter Eamonn Andrews in bed in a London TV studio, while John Lennon and Yoko Ono sit in front of him. Lennon and his wife have been staging a protest for world peace which will feature on a television show presented by Andrews. (Photo by Bob Aylott/Getty Images)