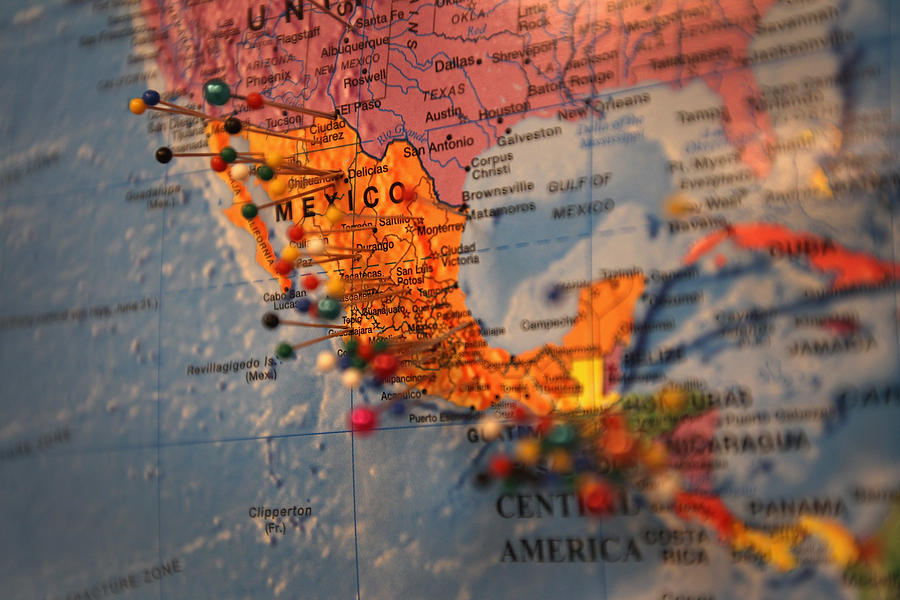 LITTLETON, CO - MAY 10: Pins in a map mark the origins of immigrants who have received assistance at the Immigrant Resources Center on May 10, 2011 in Littleton, Colorado. The center has more than 400 community volunteers assisting the immigrant community south of Denver. The majority of immigrants visiting the center are from Latin America, although increasingly more Asians have sought assisance ahead of their U.S. citizenship exam. In a speech that U.S. President Barack Obama gave on the U.S.-Mexico border he provoked the Republican party to take on a comprehensive immigration overhaul. The program, established six-years ago, is intended to help with the integration of immigrants into the community. (Photo by John Moore/Getty Images)