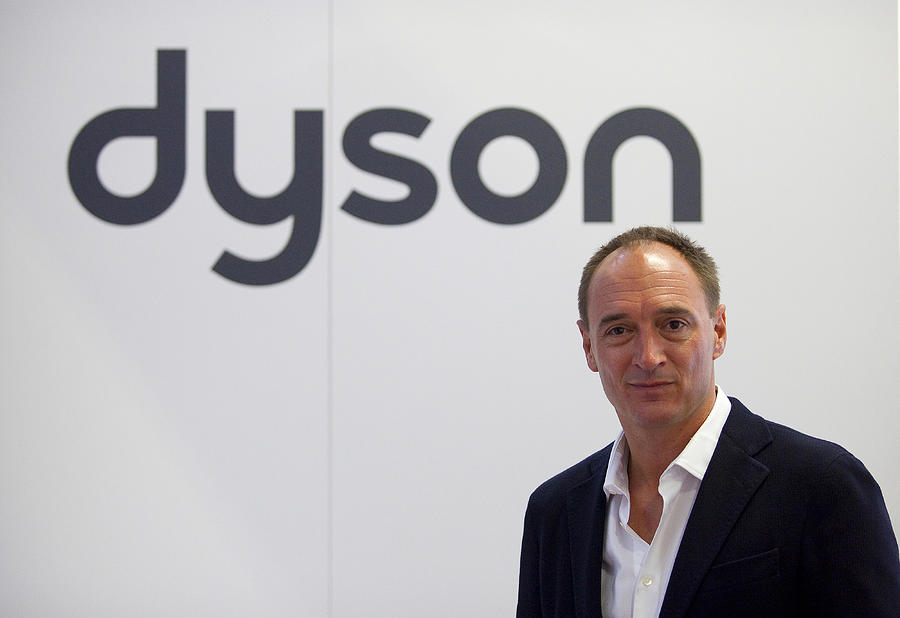 Max Conze, chief executive officer of Dyson Ltd., poses for a photograph in front of the Dyson logo following a Bloomberg Television interview on the eve of the opening of the IFA consumer electronics show in Berlin, Germany, on Thursday, Sept. 5, 2013. Samsung showed the Galaxy Gear yesterday at IFA, Europe's largest consumer-electronics show, as it races Apple and Sony Corp. to carve a share of the market for wearable technology amid slowing growth in smartphones. Photographer: Krisztian Bocsi/Bloomberg via Getty Images