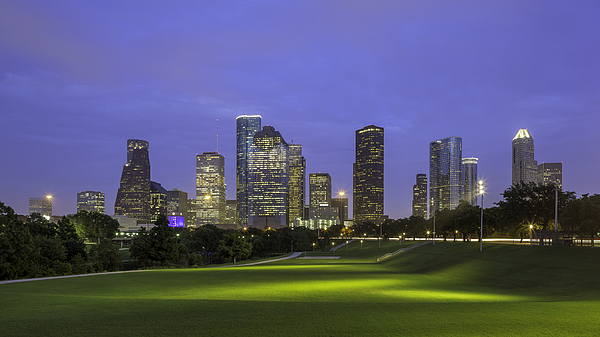 I Am Houston Skyline

I Am Houston Skyline

The downtown Houston skyline as seen from Eleanor Tinsley Park at twilight. The photograph is showing the western view of downtown Houston. Houston is currently the fourth largest city in the United States and is projected to pass Chicago in the near future. Houston has been cited in numerous publications in 2015 as the number one city in the United States in terms for jobs, with a low cost of living, nightlife, restaurants, the largest medical center in the world also driving the city's incredible growth and national ranking.