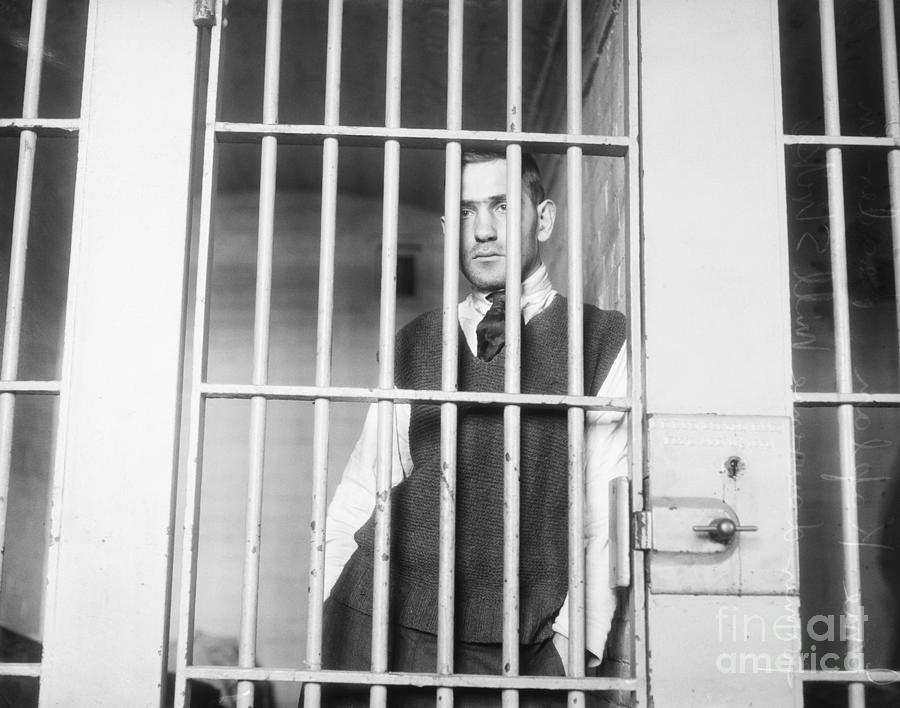 (Original Caption) 1/6/1920-Deer Island, Boston, MA- Photo shows Hyme Kaplan, one of the Reds taken by federal agents, behind the bars of his cell on Deer Island, Boston. With others of his breed, he awaits investigation or deportation. Kaplan was leader of the Lawrence Mill strikes which caused such disturbances in the factory towns during the ending of the war.