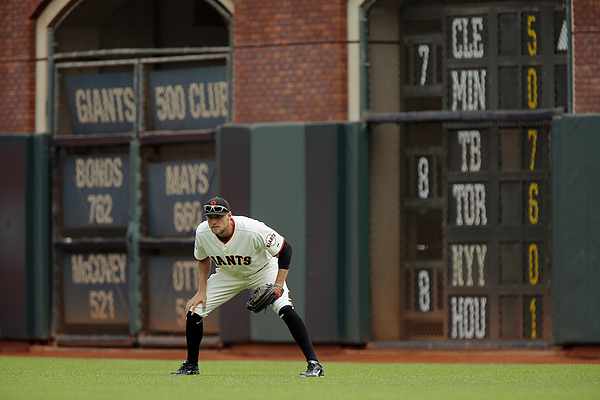 SAN FRANCISCO, CA - SEPTEMBER 29: Right fielder Hunter Pence #8 of the San Francisco Giants prepares for a pitch and becomes the first Giant in the San Francisco era to start every regular season game on the final day of the season against the San Diego Padres in the first inning at AT&T Park on September 29, 2013 in San Francisco, California. Pence started in all 161 games this season. The Giants won 7-6 on his walk-off RBI single in the ninth inning. (Photo by Brian Bahr/Getty Images)