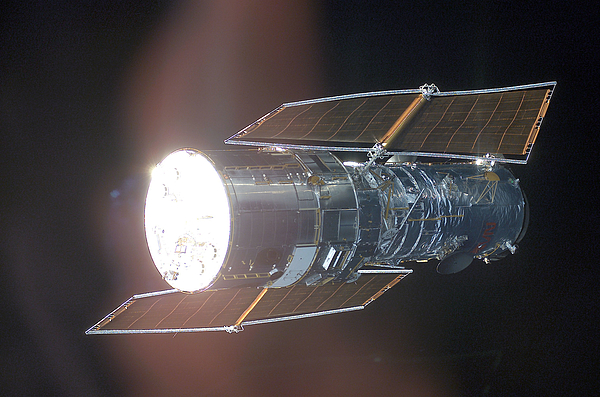 401816 02: The Hubble Space Telescope is backdropped against black space as the Space Shuttle Columbia, with a crew of seven astronauts on board, eases closer March 3, 2002 in order to latch its 50-foot-long robotic arm onto a fixture on the giant telescope. As Columbia flew 350 miles above the Pacific Ocean southwest of Mexico, with astronaut Nancy J. Currie, mission specialist, in control of the arm and astronaut Scott D. Altman, mission commander, at the controls of the shuttle, the crew went on to capture the Hubble. (Photo by NASA/Getty Images)