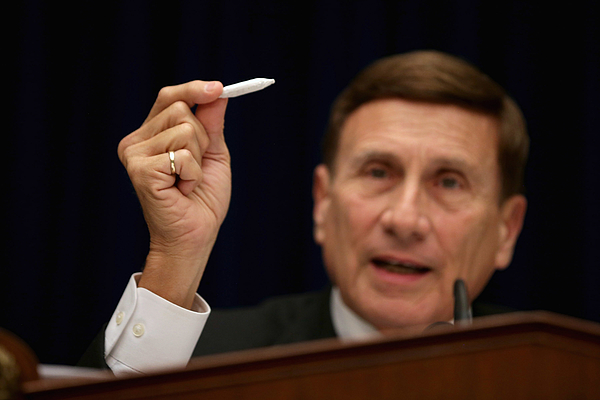 WASHINGTON, DC - MAY 09: House Oversight and Government Reform Subcommittee on Government Operations Chairman John Mica (R-FL) holds a fake hand-rolled cigarette during a hearing about marijuana laws in the Rayburn House Office Building May 9, 2014 in Washington, DC. Mica said the 'joint' was rolled by members of his staff, who he said had more experience in the task. Witnesses testified about the federal government's enforcement of marijuana laws in the face of the district's efforts to decriminalize possession of the drug. (Photo by Chip Somodevilla/Getty Images)