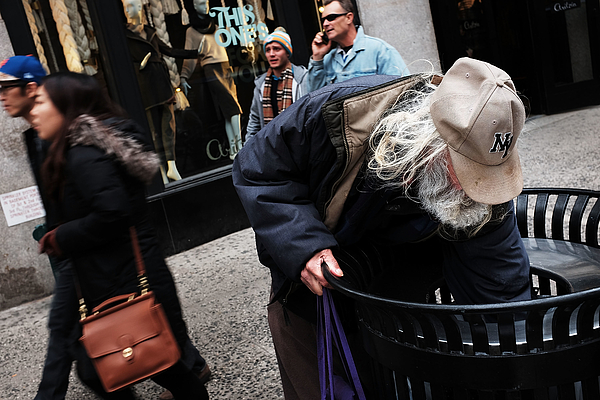 NEW YORK, NY - DECEMBER 21: A man looks for food in a garbage can on December 21, 2015 in New York City. On Monday the homeless advocacy group Picture the Homeless joined supporters and homeless individuals at a news conference to announce a plan for legal action against New York City's treatment of the homeless. Homelessness in New York City is at an all time high despite the liberal administration of Bill de Blasio. Picture the Homeless accused the city and police of targeting the homeless by forcing them to move from public spaces and for confiscating their property. (Photo by Spencer Platt/Getty Images)