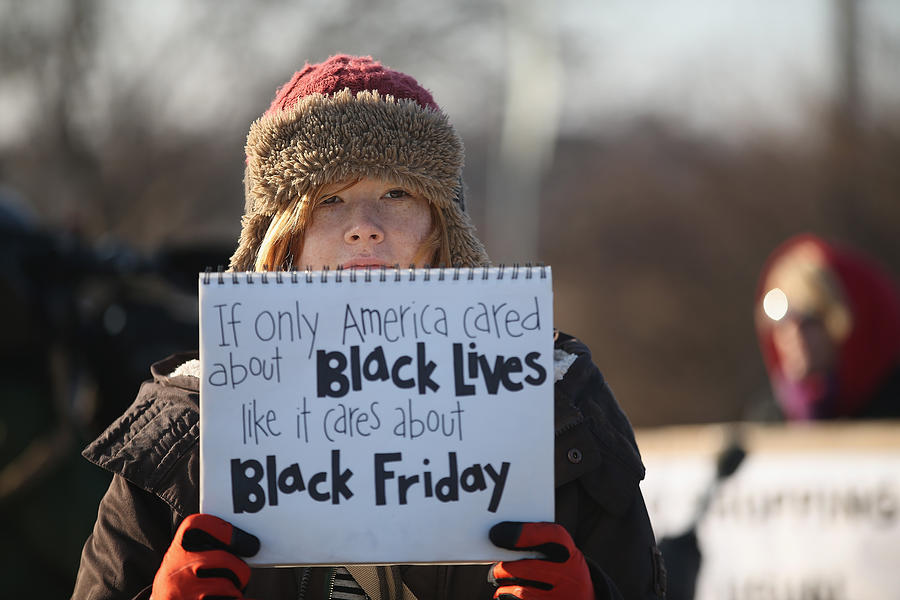 FERGUSON, MO - NOVEMBER 28: A demonstrator protests outside a Wal-Mart store on Black Friday November 28, 2014 near Ferguson, Missouri. The Ferguson area has been struggling to return to normal since the August 9 shooting of Michael Brown, an 18-year-old black man, who was killed by Darren Wilson, a white Ferguson police officer. Monday, when the grand jury announced that Wilson would not face charges in the shooting, rioting and looting broke out throughout the area leaving several businesses burned to the ground. (Photo by Scott Olson/Getty Images)