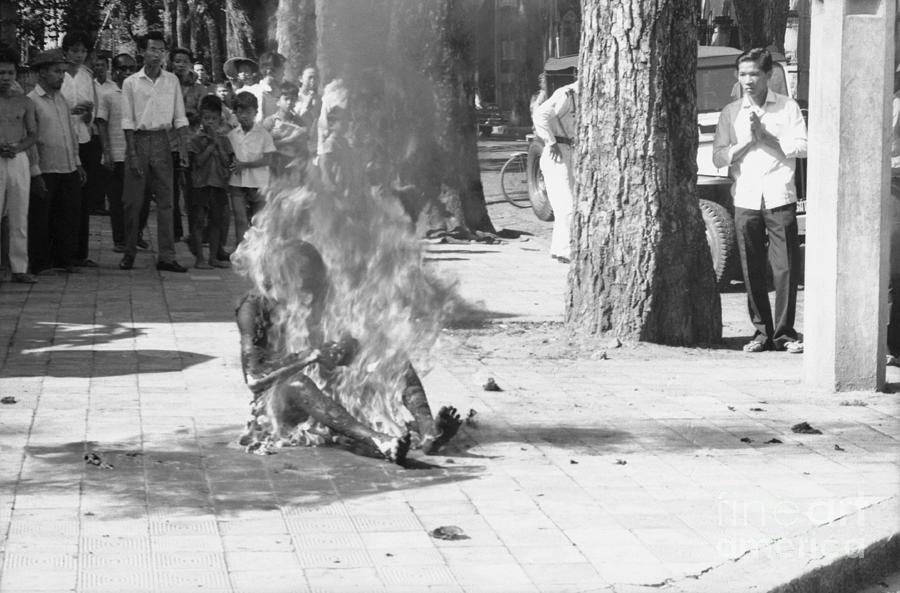 (Original Caption) Flames engulf Buddhist Priest Ho Dinh Van in front of the Saigon Roman Catholic Cathedral here on October 27th, as people watch. Hundreds witnessed the self-immolation---the seventh since last May, which was a protest against alleged anti-Buddhist policies of the Diem Government. Observers here feel the ritual suicide was intended to coincide with the arrival at the Cathedral of the seven-man U. N. fact-finding team to ascertain if the anti-religious rumors are based on fact. The motorcade carrying the U. N. team passed the church after the incident.