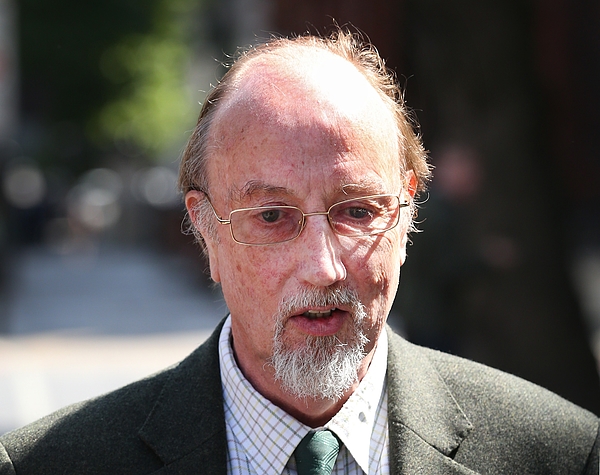 LONDON, ENGLAND - JULY 29: Charles Napier arrives at The City of Westminster Magistrates Court on July 29, 2014 in London, England. Mr Napier, a half brother of Conservative Member of Parliament John Whittingdale, will face a charge of inciting a child to commit an act of gross indecency when the case moves to Southwark Crown Court in August. (Photo by Peter Macdiarmid/Getty Images)