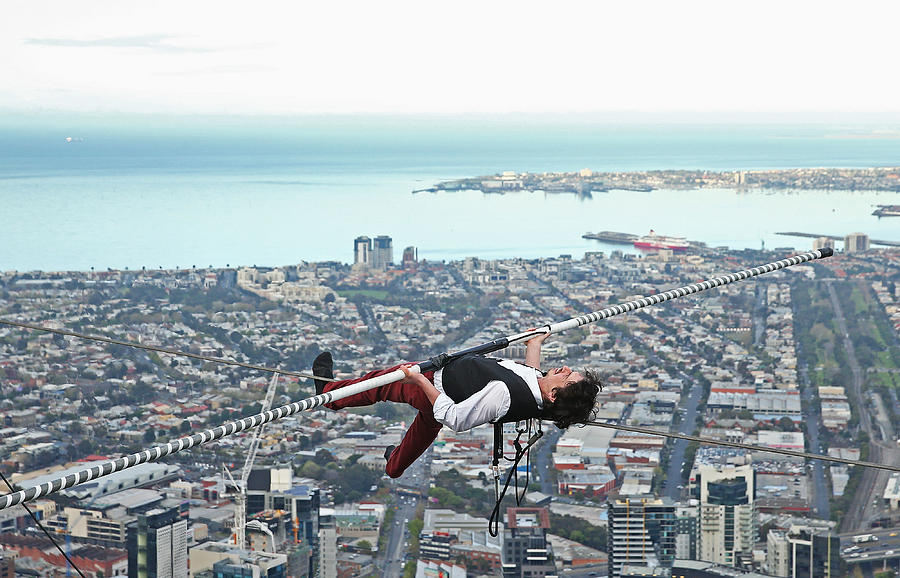 MELBOURNE, AUSTRALIA - SEPTEMBER 16: High-wire artist Kane Petersen lies down on the rope as he successfully walks a tightrope 300 metres above the ground at Eureka Skydeck on September 16, 2015 in Melbourne, Australia. The walk was the highest tightrope walk ever attempted in the Southern Hemisphere. The stunt is to mark the arrival of the film 'The Walk' to Australian cinemas in October. The stunt saw Kane mimic the film's French high-wire artist Philippe Petit, who successfully walked between the twin towers of the World Trade Center in 1974. (Photo by Scott Barbour/Getty Images)