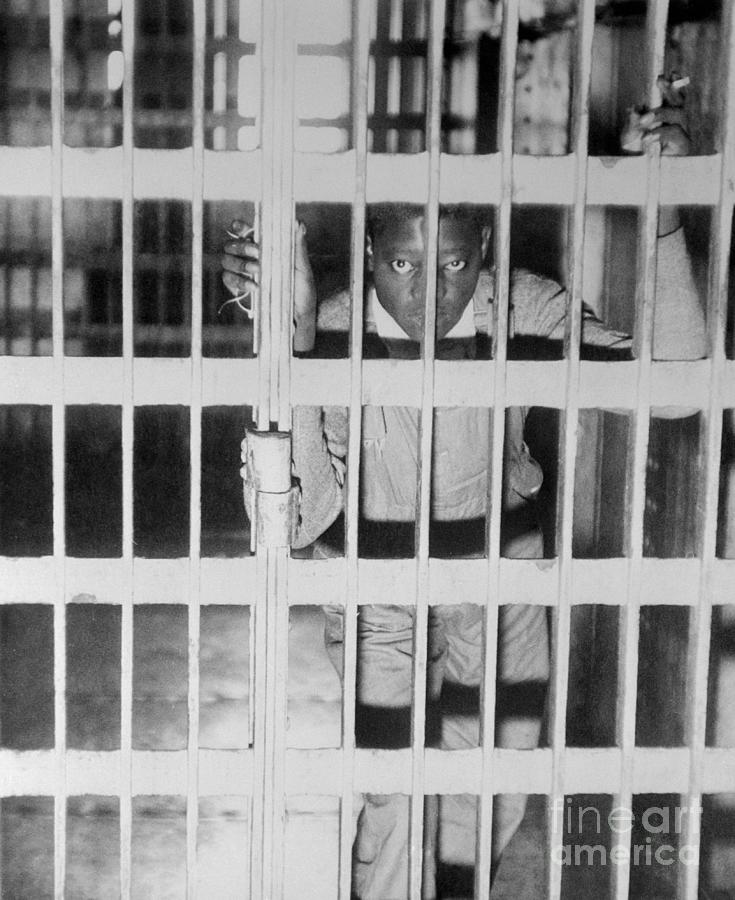 (Original Caption) Heywood Patterson, the thrice convicted member of the group of Negroes who are defendants in the south's most celebrated criminal case, the Scottsboro case is shown. Another member of the group has been singled out by fate, and now Clarence Norris will await the court actions and repeals which will have to be fought out before both Patterson and Norris, and perhaps the rest of the group pay the last penalty for the crime of which they have been convicted. All of the Negroes were convicted twice and sentenced each time to death; the first verdict having been set aside by a State Court. Norris was convicted by a jury and was sentenced by Judge Callahan.