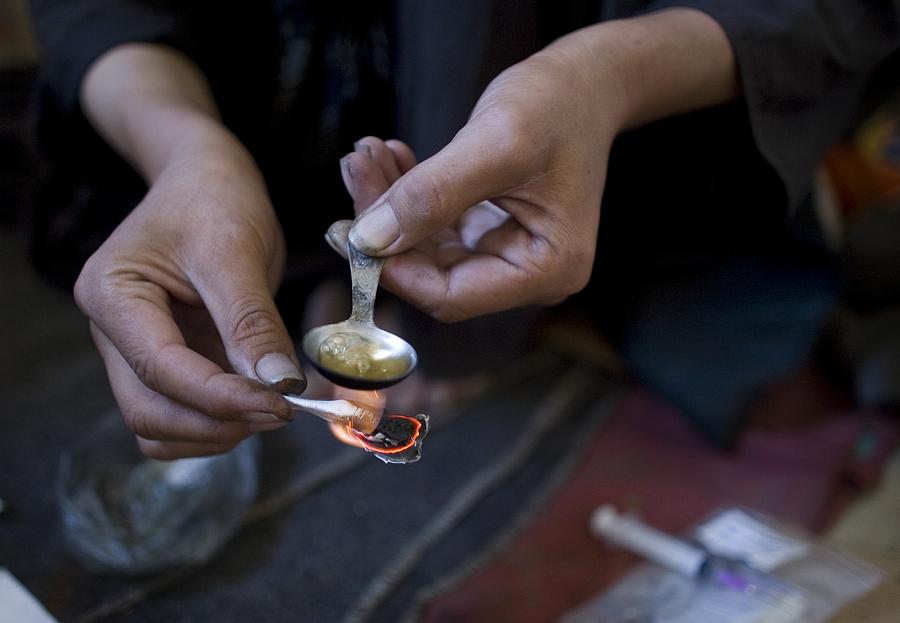 KABUL, AFGHANISTAN - AUGUST 20: Qader, a heroin addict cooks the heroin mixture in order to inject it August 20, 2007 in Kabul, Afghanistan. Qader has been addicted for 10 years, either smoking or injecting heroin around five times a day. The cost for daily use is around $3.00 USD or 150 in Afghan currency. Although there are around 35,000 NATO troops in Afghanistan, the drug trade has increased, with Afghanistan producing 95 percent of the world's poppies. According to the UN Office on Drugs and Crime (UNODC), the opium production in 2006 increased 57 percent from 2005, with an additional 15% jump in 2007. (Photo Paula Bronstein/Getty Images)