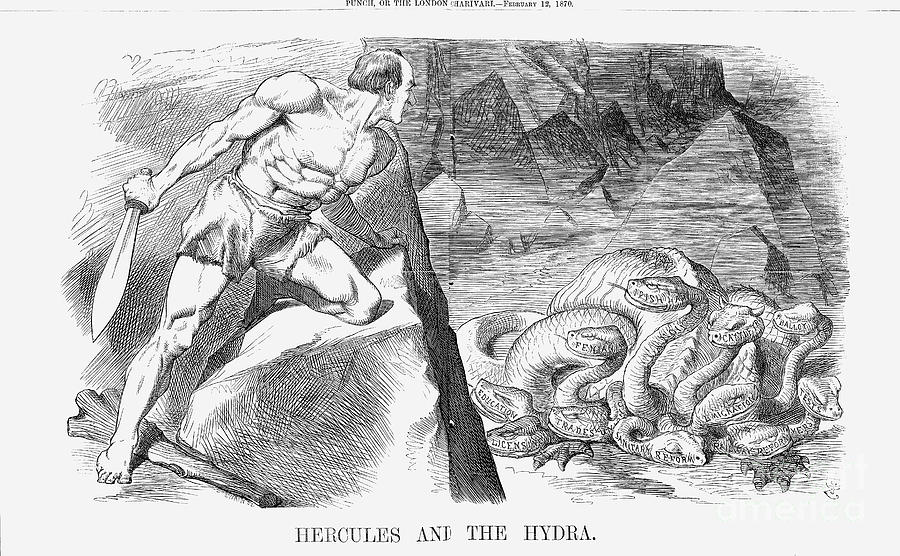 'Hercules and The Hydra', 1870. This cartoon shows the Liberal Prime Minister, Mr Gladstone, dressed as Hercules. The hydra, a mythical many-headed serpent here represents all the various difficulties that Mr Gladstone will face during the coming Session of parliament. Armed with a large sword, he will have to behead each of the problems which include sanitary and railway reform, education and various Irish issues. From Punch, or the London Charivari, February 12, 1870. (Photo by The Cartoon Collector/Print Collector/Getty Images)