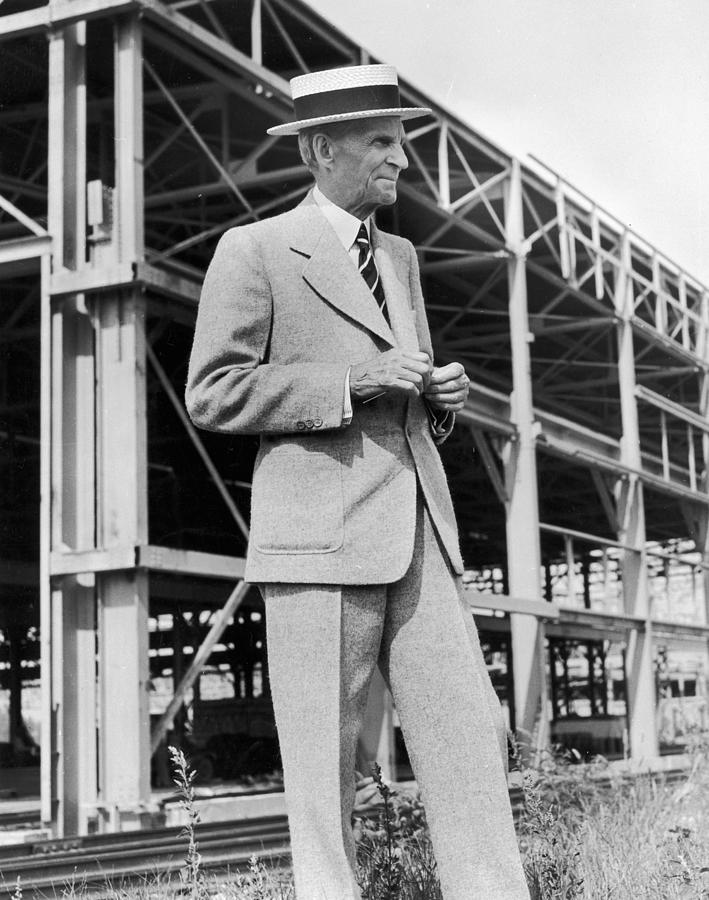 circa 1941: American industrialist and inventor Henry Ford (1863 - 1947) posing in front of scaffolding during the construction of a Ford Motors aircraft factory in Willow Run, Michigan. The plant was used to produce bombers for the American effort in World War II. (Photo by Hulton Archive/Getty Images)