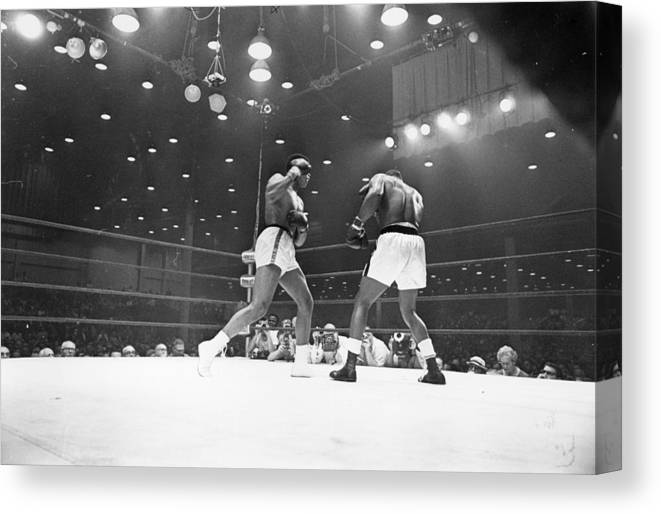 Heavyweight Title canvas print by Harry Benson.   Bring your artwork to life with the texture and depth of a stretched canvas print. Your image gets printed onto one of our premium canvases and then stretched on a wooden frame of 1.5" x 1.5" stretcher bars (gallery wrap) or 5/8" x 5/8" stretcher bars (museum wrap). Your canvas print will be delivered to you "ready to hang" with pre-attached hanging wire, mounting hooks, and nails.

25th February 1964: American boxer Cassius Clay (left), later Muhammad Ali, in action against Sonny Liston during their heavyweight title fight at Miami Beach, Florida. Clay won the contest, becoming world champion, when Liston failed to come out at the start of the seventh round. (Photo by Harry Benson/Express/Getty Images)Image provided by Getty Images.