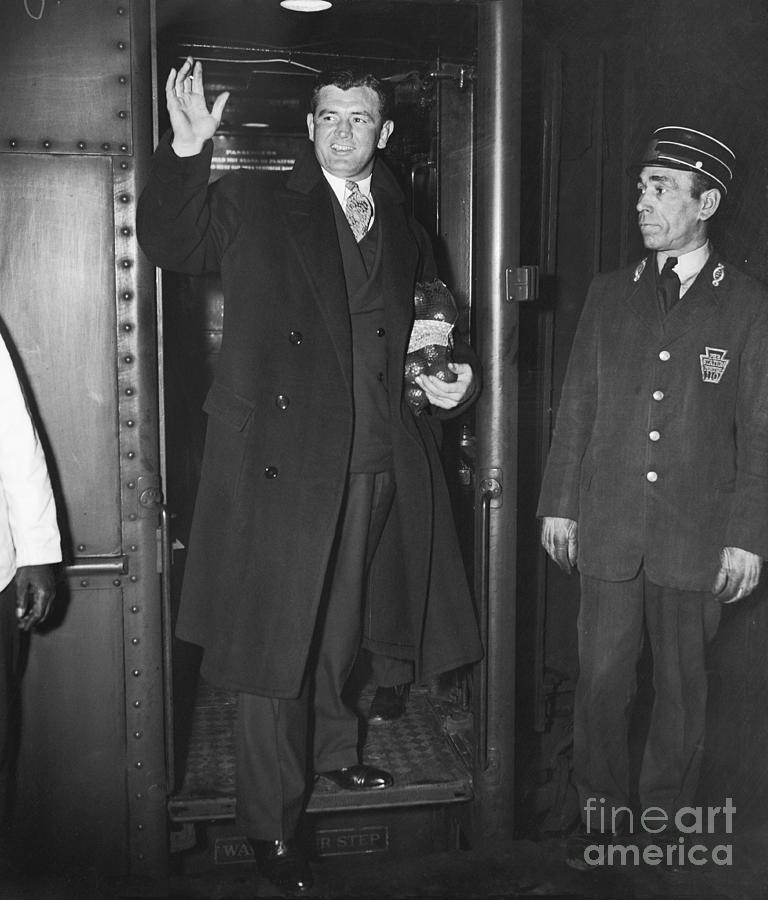 Sunburned and full of pep, heavyweight champion James J. Braddock arrived in New York City, Feb. 9th. According to wire reports he branded Joe Louis' recent threats of walking out on a September titlefight as a bit of propaganda with the ultimate aim of getting a bigger percentage for the Louis camp. (See wires. Photo shows Braddock as he stepped off the Pennsylvania train at Penn Station, N.Y.)