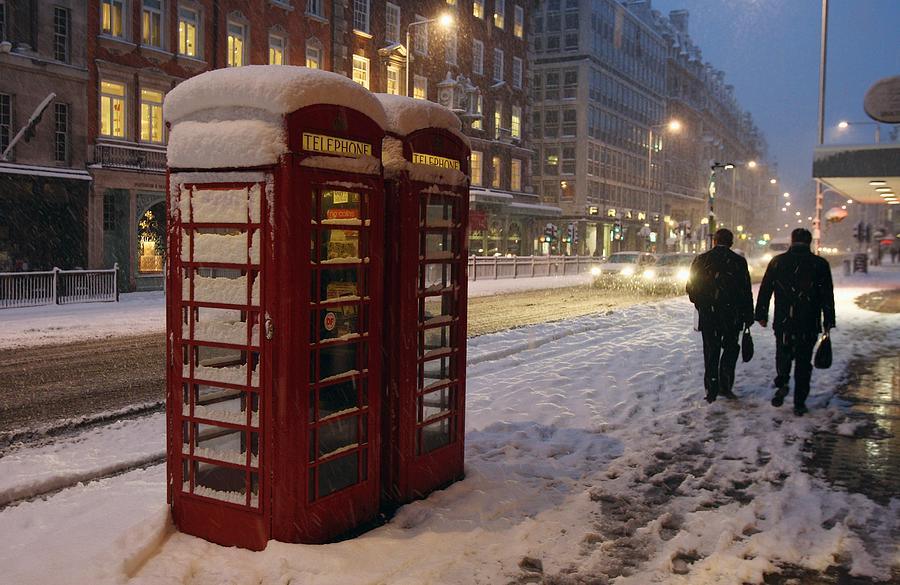 LONDON - FEBRUARY 02: Commuters make their way down Piccadilly after a night of heavy snow on February 2, 2009 in London, England. Heavy snow has fallen across parts of England leading to major disruption on roads and to public transport services. Forecasters have warned of the most severe snow for six years. (Photo by Gareth Cattermole/Getty Images)