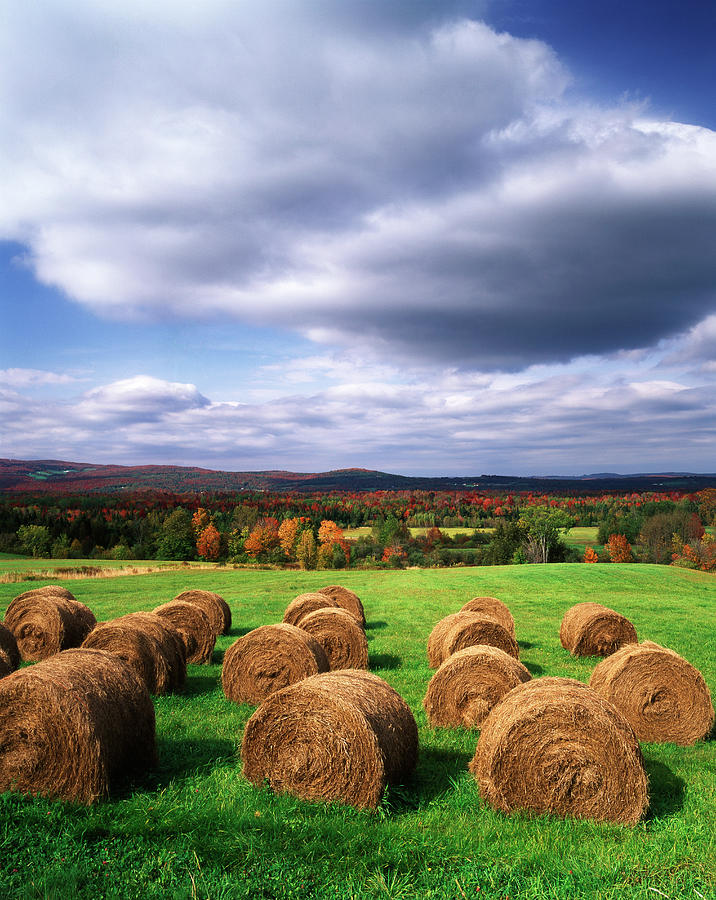 Mobile balers, machines which gather and bale hay in one process, were first developed around 1940. The first balers produced rectangular bales small enough for a person to lift, usually between 32 and 45 kg each. Later in the 20th century, balers were developed capable of producing large bales that weigh up to 1, 400 kg.