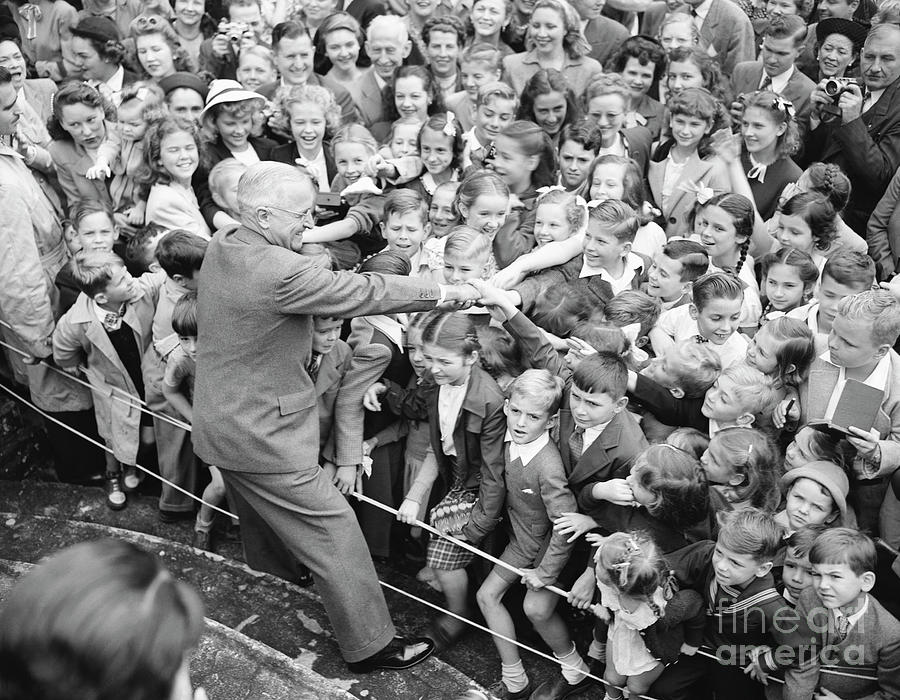 (Original Caption) 9/11/1947-Rio de Janeiro, Brazil: If the kids had any voting power, President Harry Truman would win his re-election by a juvenile landslide. Truman's popularity with the younger set was shown recently when he was greeted by the children of American parents in the American colony in Rio. The tots swamped him and grabbed his hands, almost pulling him off balance (shown above). After attending the foreign ministers' conference in Brazil, the Chief Executive boarded the Battleship Missouri and is now on his way home.