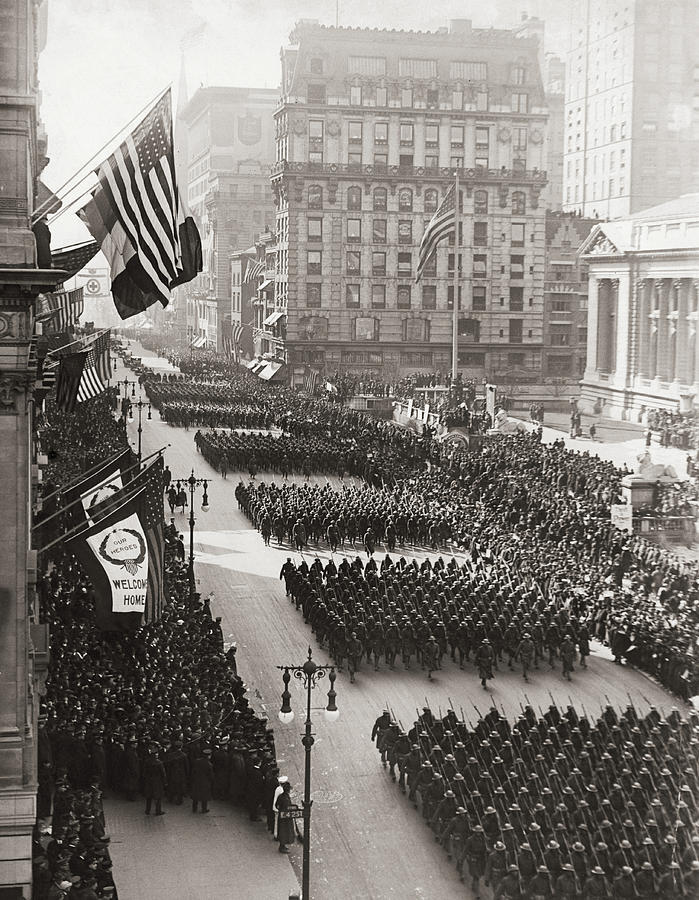 Soldiers of the U.S. 369th Infantry Regiment parading down 15th Avenue, New York, on their return from service in Europe during World War I, circa 1919. The regiment was an African-American outfit formed in 1913 from the 15th Infantry Regiment and its troops were popularly known as the Harlem Hellfighters or the Black Rattlers. (Photo by FPG/Hulton Archive/Getty Images)