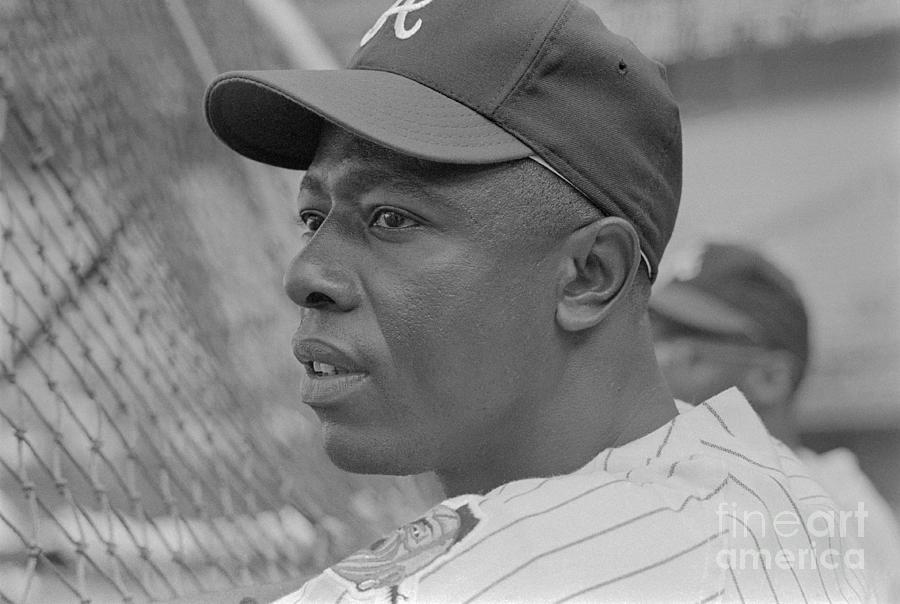 (Original Caption) Hank Aaron, the right fielder for the Atlanta Braves, shown in this close up photograph, was named to the National League All Star team for the 16th straight year. It was the 13th time he was named to the starting outfield. Aaron is the only repeater picked. Hank is shown in the batting cage before the start of the Braves-Phils game in Atlanta. Aaron has the lowest average of his career at .236 when picked.