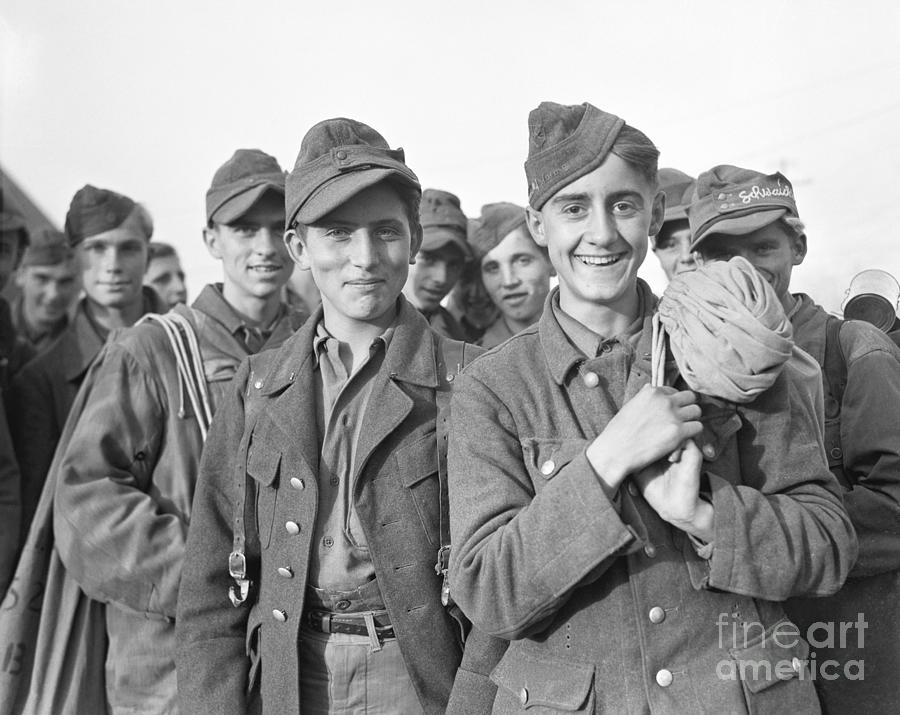 (Original Caption) 10/3/1945-Carentan, France: A group of typical young German ex-soldiers, 13 and 14 years old, are shown waiting to board a train after near Carentan for their return to Germany after they were released from the prisoner of war camp. The young Prisoners were given special courses at the camp's school were they studied religion, Languages, art and commerce before being sent back to their homes.