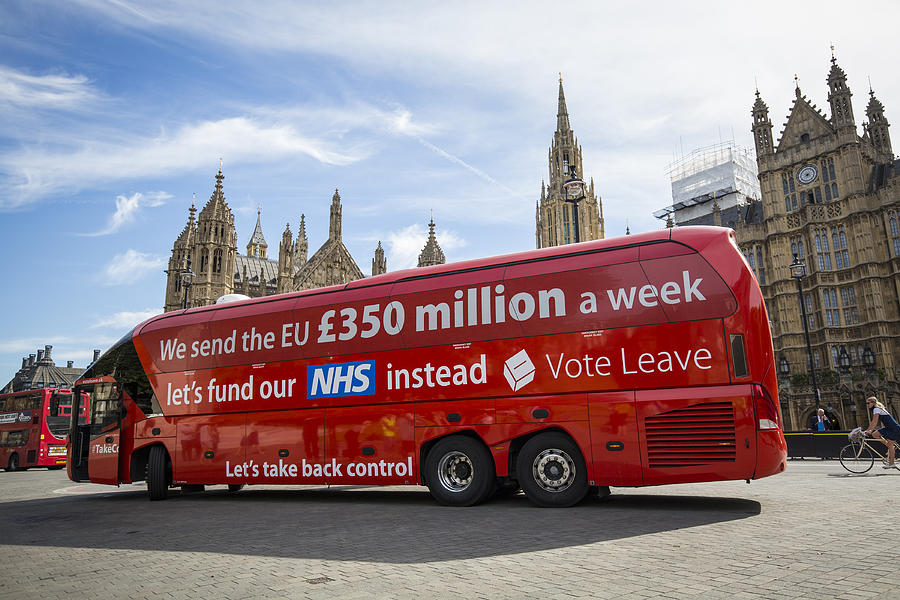 LONDON, ENGLAND - JULY 18: A 'Vote LEAVE' battle bus is parked outside the Houses of Parliament in Westminster by the environmental campaign group Greenpeace before being re-branded on July 18, 2016 in London, England. The bus which was used during the European Union (EU) referendum campaign and had the statement "We send the EU £350 million a week let's fund our NHS instead" along the side was today covered with thousands of questions for the new Prime Minister Theresa May and her government about what a 'Brexit' might mean for the environment. (Photo by Jack Taylor/Getty Images)