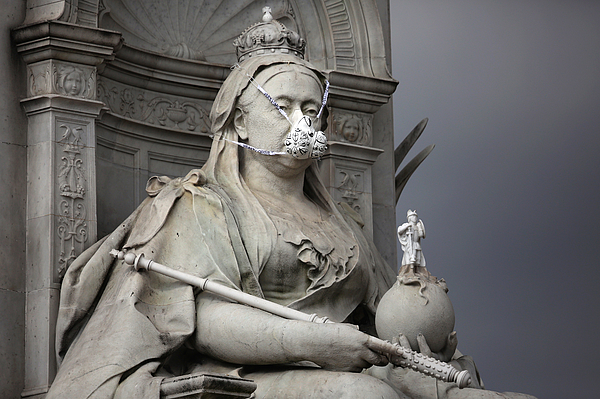 LONDON, ENGLAND - APRIL 18: A face mask is placed on the statue of Queen Victoria opposite Buckingham Palace by Greenpeace protesters on April 18, 2016 in London, England. The demonstration was to highlight air pollution in Britain and targeted other statues in the city including Nelson's Column and Eros at Piccadilly Circus. (Photo by Dan Kitwood/Getty Images)