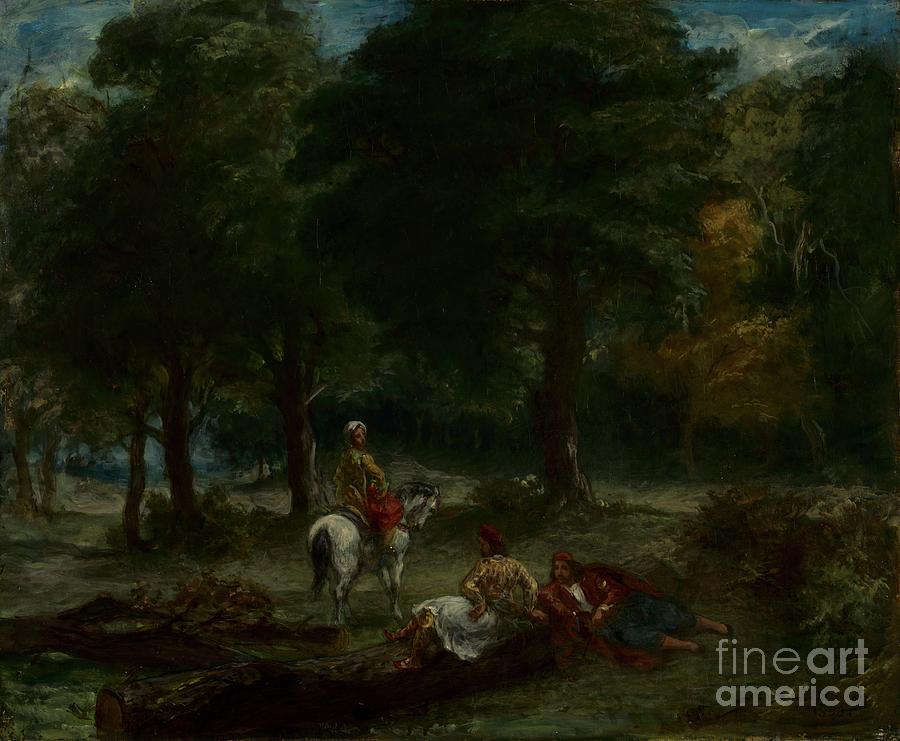 Greek Cavalry Men Resting in Forest, 1858. A leading figure of the French Romantic movement, Delacroix painted traditional historical subjects, but in a dramatic, expressive manner. The Greek struggle for independence from the Ottoman Empire in the 1820s caught the imagination of numerous French artists, who identified the Greek cause with their own revolution thirty years earlier. Like British Romantic poets, French artists regarded the Greek war of independence as a struggle for the survival of Western democracy and Christian civilization. Creator Unknown. (Photo by Heritage Arts/Heritage Images via Getty Images)