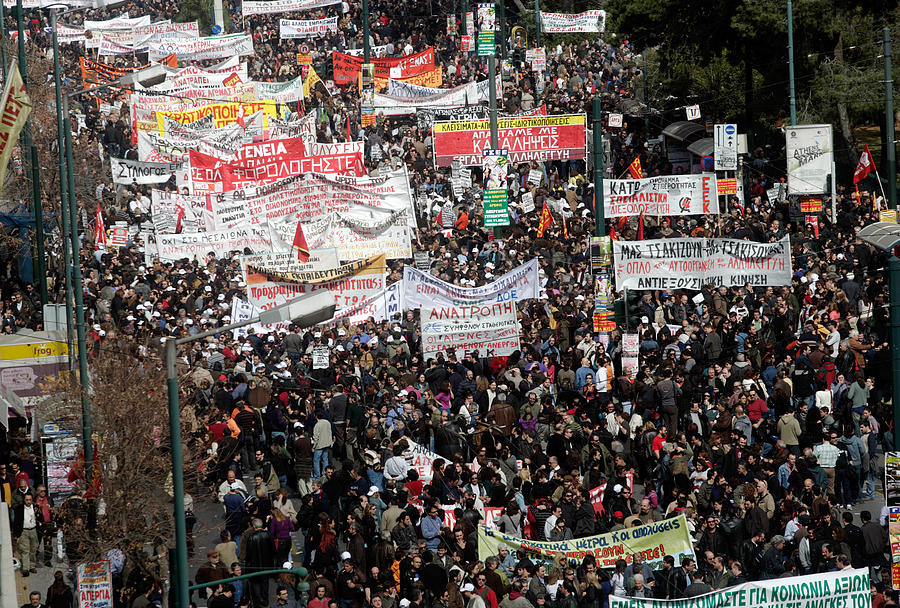 ATHENS, GREECE - FEBRUARY 24 : Crowds of people march through the streets during a 24-hour general strike on February 24, 2010 in Athens, Greece. Greece ground to a halt and flights were grounded as unions staged a one-day general strike in protest against the Government's austerity measures designed to contain the massive public deficit. (Photo by Milos Bicanski/Getty images)