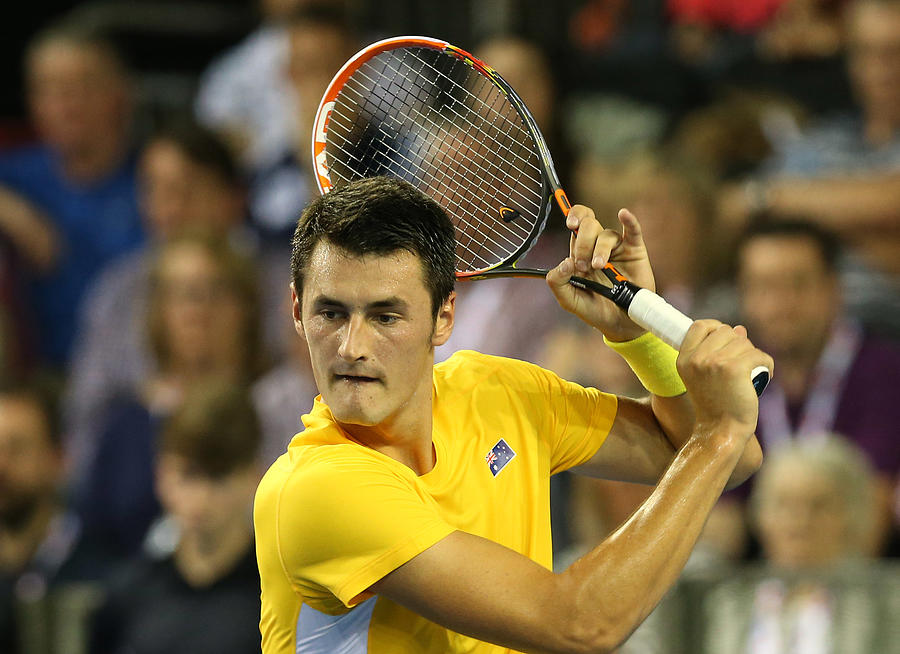 GLASGOW, SCOTLAND - SEPTEMBER 18 : Bernard Tomic of Australia in action during his singles match with Dan Evans of Great Britain on the first day of the Davis Cup Semi Final 2015 between Great Britain and Australia at the Emirates Arena on September 18, 2015 in Glasgow Scotland. (Photo by Mark Runnacles/Getty Images)