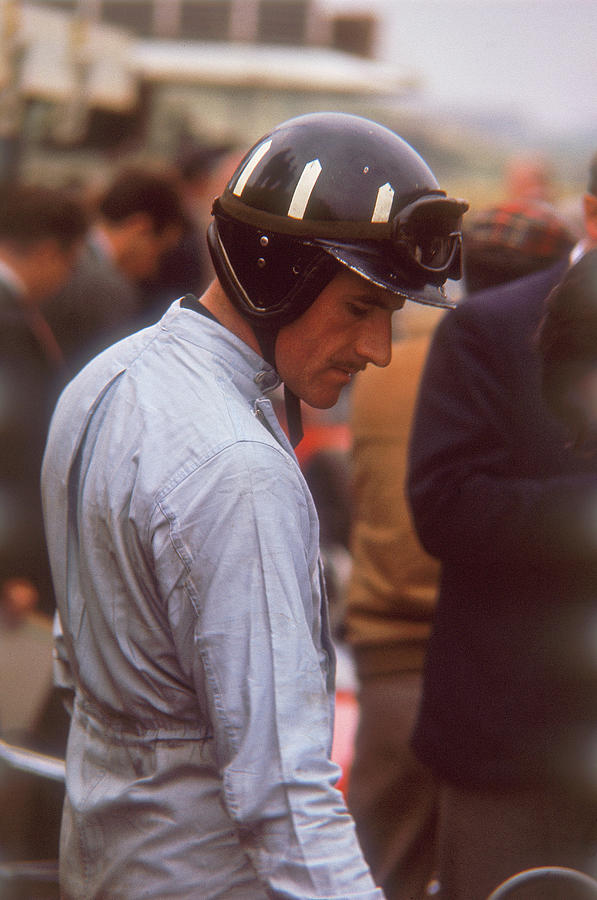 Graham Hill, Dutch Grand Prix, Zandvoort, 1964. Graham Hill was one of the first Formula 1 drivers to become a television personality as well as a racing star. He made his debut at Monaco in 1958 and went on to win 14 Grands Prix, and was World Champion in 1962 and 1968. He joined Jim Clark at Team Lotus in 1967, and in 1969 won his last Grand Prix - his fifth triumph at Monaco. He broke both legs when he was flung from his car in the United States Grand Prix, and was killed in a plane crash in 1975 with five other members of his Embassy Hill team. (Photo by National Motor Museum/Heritage Images/Getty Images)