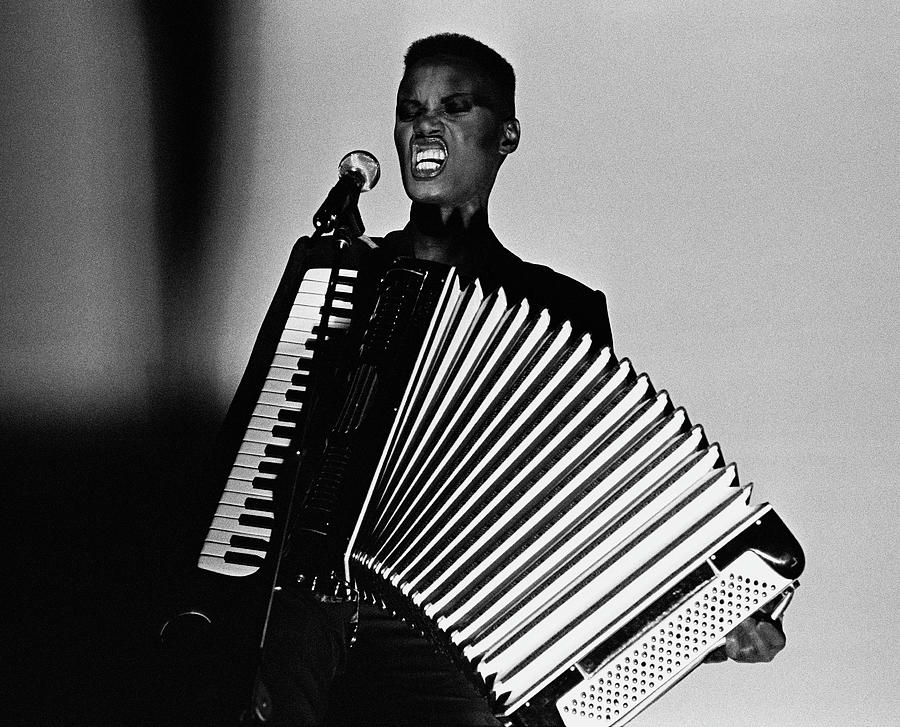 NEW YORK - 1981: Jamaican-born singer, fashion model and actress Grace Jones performs onstage during a 1981 concert at the Savoy Club in New York. The androgynous Jones, a cult favorite among the gay and disco crowd, had a number of hits including 'Warm Leatherette' and 'Pull Up To The Bumper.' (Photo by George Rose/Getty Images)