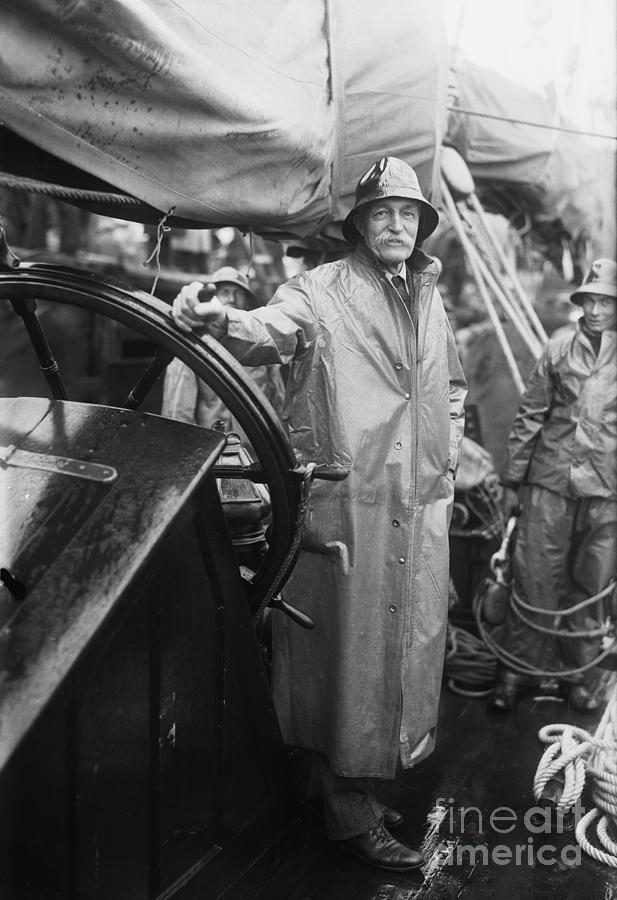 (Original Caption) Pinchot yacht sails for South Seas...Freed from the grind of daily cares, ex-Governor Gifford Pinchot of Pennsylvania has sailed away in his barkentine, the Mary Pinchot, to gratify a lifelong ambition to sail and explore the South Seas. The Mary Pinchot, formerly the Cutty Sark, a yacht of 120 tons, left New York with a party of eight on an eight-month voyage to the Galapagos and South Seas Islands. The voyage is being made partly for pleasure and partly in the interest of science. Two scientists are accompanying the expedition and they expect to collect much information about tropical fishes. Photo shows ex-Governor Pinchot at the wheel of the Mary Pinchot.