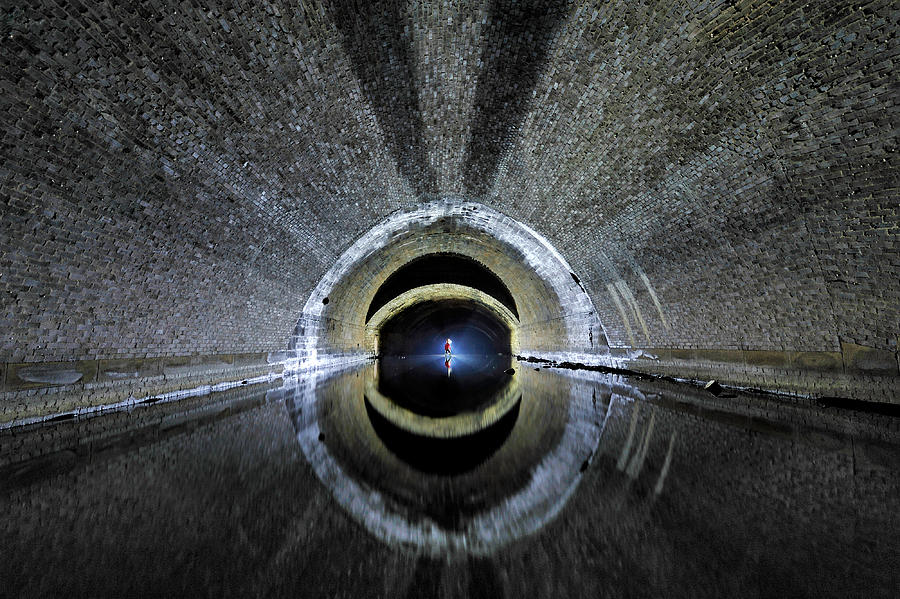 SHEFFIELD, UNITED KINGDOM - UNDATED: EXCLUSIVE A giant storm drain which lies directly beneath Sheffield City Centre, England. Could this Victorian technological marvel be Britain's most impressive storm drain? Dubbed 'Megatron' by the secretive network of urban explorers who sometimes delve into its silent chambers, this storm drain lies directly under Sheffield city centre, with thousands of people and vehicles passing over it every day. So concerned were our Victorian forebears with the possibility of the city flooding that they decided to build this giant underground wonder in 1860. With a parabolic brick arch this feat of engineering prowess protects the city from potential flooding by the River Sheaf during high rains. At the time the parabolic arch was cutting edge technology - it was the strongest arch known and was famous for its use in Spain to help build giant neo-gothic cathedrals. (Photo by Robert Shone / Barcroft Media / Getty Images)