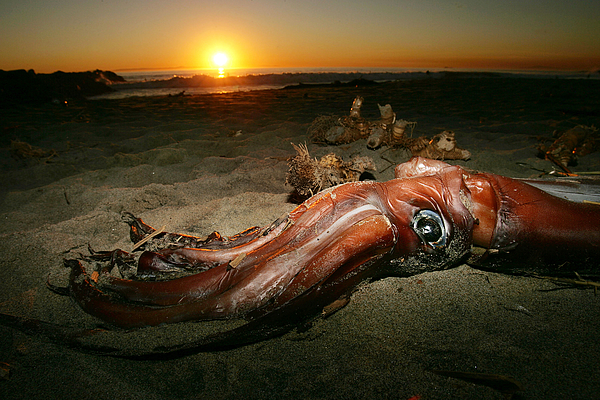 NEWPORT BEACH, CA - JANUARY 19: A giant squid lies on the beach after it washed ashore on January 19, 2005 in Newport Beach, California. Scientists are trying to figure out why hundreds of the three- to four-foot-long squids washed up overnight along the southern California coast. One theory suggests that the squid may have run ashore while chasing grunions, small fish that lay their eggs on the land during the high tides of summer, as they passed close to shore. Other factors, such as unseasonably warm ocean temperatures, the recent record rainfalls, and the sudden summer-like weather are also suspected. (Photo by David McNew/Getty Images)