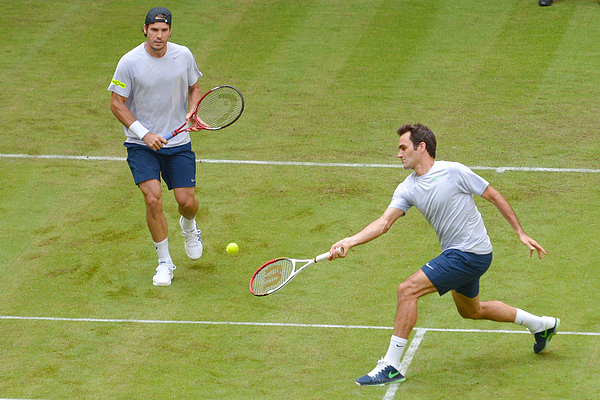 HALLE, GERMANY - JUNE 10: Roger Federer (R) of Switzerland plays a forehand while Tommy Haas of Germany looks on during their first round doubles match against Jurgen Melzer of Austria and Philipp Petzschner of Germany during day one of the Gerry Weber Open at Gerry Weber Stadium on June 10, 2013 in Halle, Germany. (Photo by Thomas Starke/Bongarts/Getty Images)