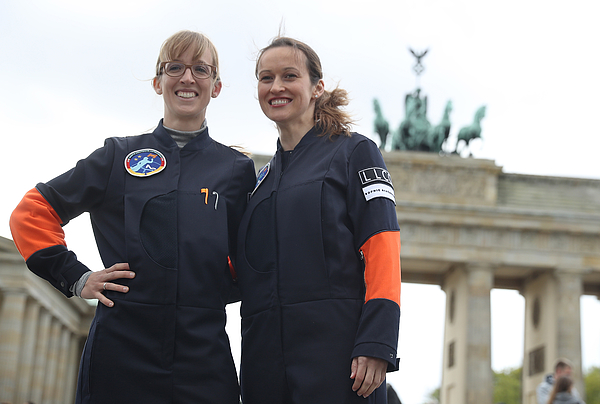 BERLIN, GERMANY - APRIL 19: Nicola Baumann (L) and Insa Thiele-Eich pose for photographers near the Brandenburg Gate shortly after the two were announced as Germany's first female astronauts on April 19, 2017 in Berlin, Germany. The two were selected from six finalists and one will fly to the ISS space station in 2020. (Photo by Sean Gallup/Getty Images)