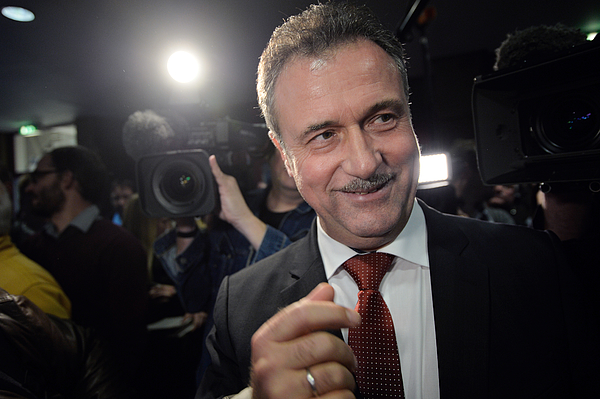 FRANKFURT AM MAIN, GERMANY - NOVEMBER 06: The chairman of Germany's train drivers' union 'Gewerkschaft Deutscher Lokomotivfuehrer' (GDL), Claus Weselsky arrives before the beginning of the trial at the labour court on November 6, 2014 in Frankfurt, Germany. The current strike, which affects passenger travel nationwide from today through Sunday, is the longest in the history of German state rail carrier Deutsche Bahn, which is in an increasingly bitter dispute over wages and working hours with the GDL. (Photo by Thomas Lohnes/Getty Images)