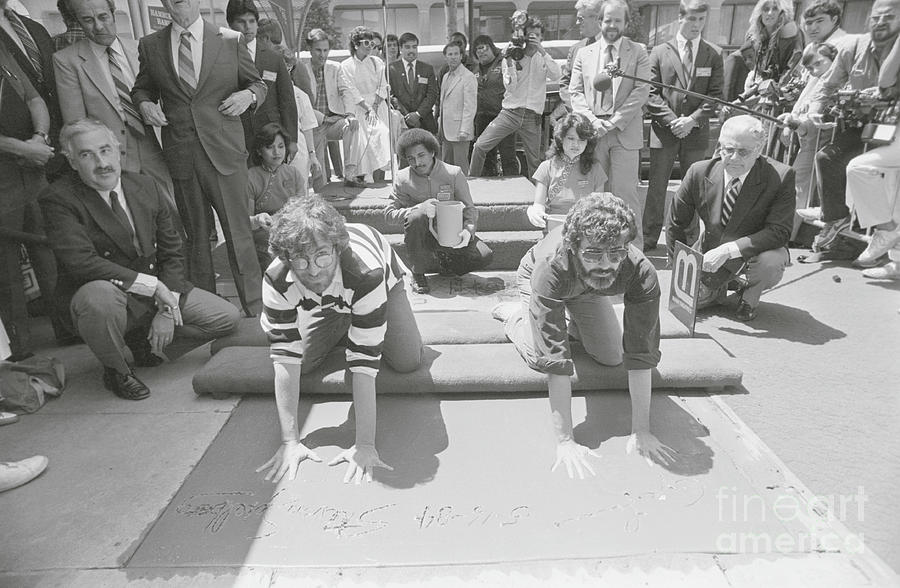 (Original Caption) Hollywood, California: George Lucas (right) and Steven Spielberg, the two men responsible for the six most popular films of all time, place their hands and feet in cement in the forecourt of Mann's Chinese Theater, May 16. Their newest, Indiana Jones and the Temple of Doom, directed by Spielberg with Lucas as executive producer, will open later this month.