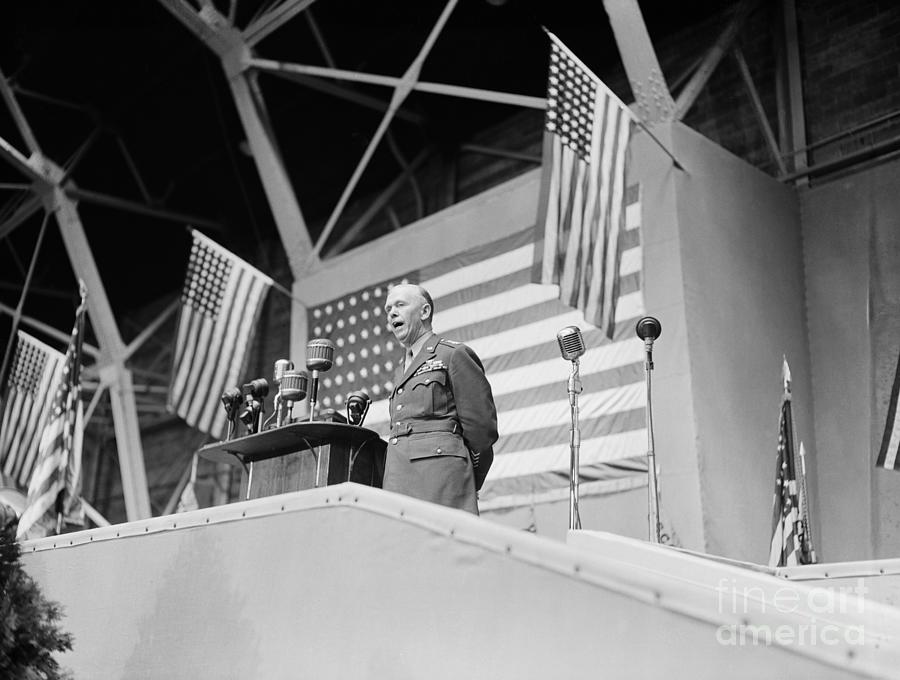 (Original Caption) West Point, NY: General George C. Marshall, U.S. Army Chief of Staff, is shown as he addressed the graduating class at the U.S. Military Academy today. He told the new officers of the great responsibilities that await them and predicted that American troops will again "land in France." The Chief of Staff also declared that the strength of the U.S. armies will reach 4,500,000 men by the end of the year.