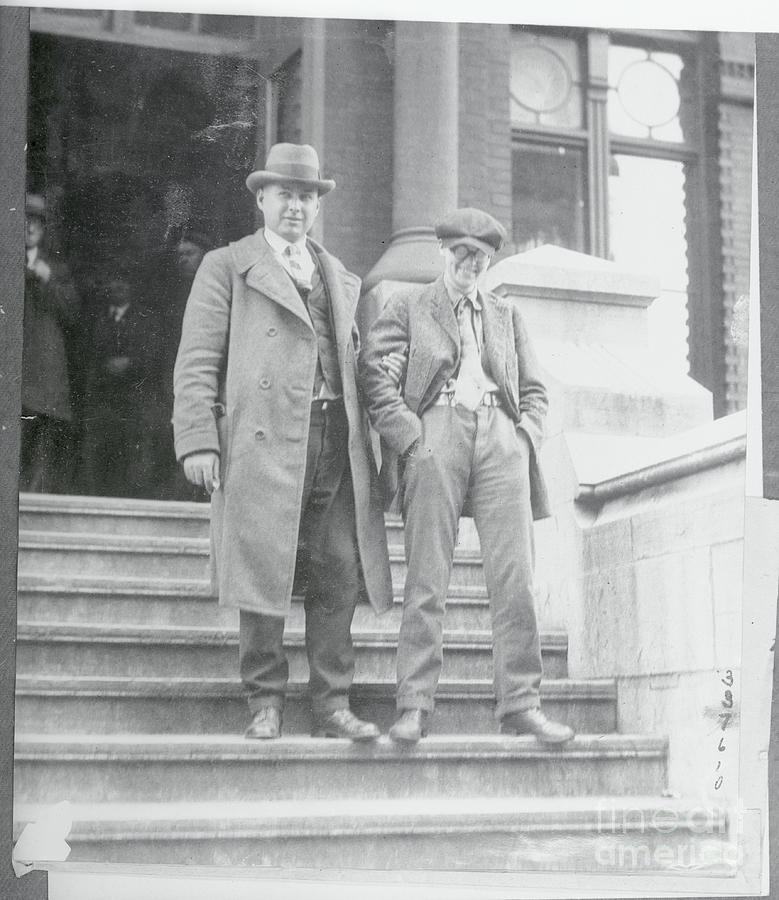 (Original Caption) Alleged Bobbed Hair Bandit Caught. Syracuse, New York. Above at the right is shown Genevieve Holmes, in male attire as she appeared when taken into custody by police officers as the alleged bobbed hair bandit who, with two male accomplices held up and blackjacked a taxi driver of Utica, New York. The three escaped in another car but police gave chase. When the "bandit" leader was examined, she revealed she was a girl.