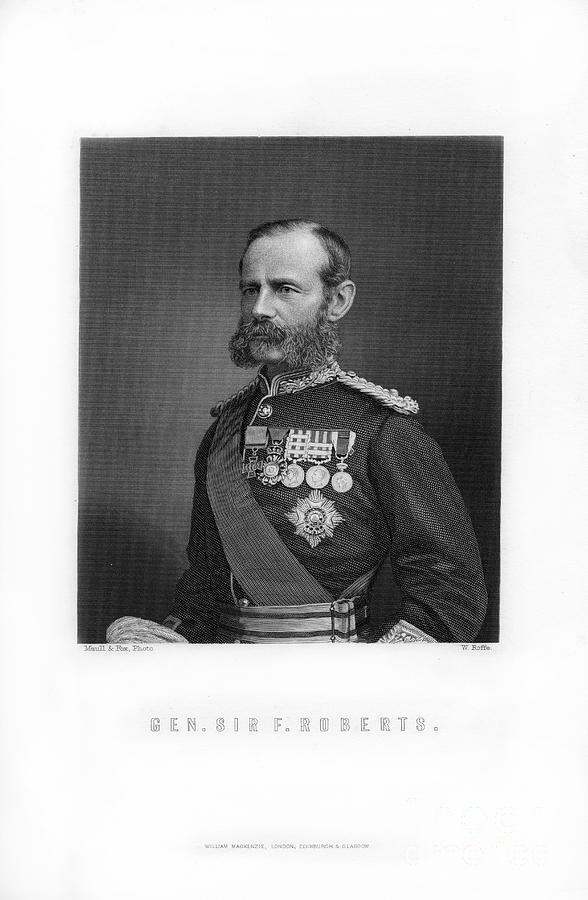 General Sir Frederick Roberts, 1893. Sir Frederick, 1st Earl Roberts (1832-1914) was one of the foremost British military figures of Victorian times. Awarded the Victoria Cross in 1858 for his actions during the Indian Mutiny, Roberts is best known for his march to capture Kandahar during the Second Afghan War of 1878-1880. He was made Baron of Kandahar and Waterford in 1892 and promoted to Field Marshal in 1895. Roberts commanded the reinforcements sent to South Africa in 1900 after the setbacks of the early part of the Boer War. After his successful intervention in the South African campaign, he returned to England to become Commander-in-Chief of the British Army, a position which he held until 1904, when he retired from the army. An engraving from James Taylor's The Age We Live In: A History of the Nineteenth Century, From the Peace of 1815 to the Present Time, William Mackenzie, (London, 1893). (Photo by The Print Collector/Print Collector/Getty Images)