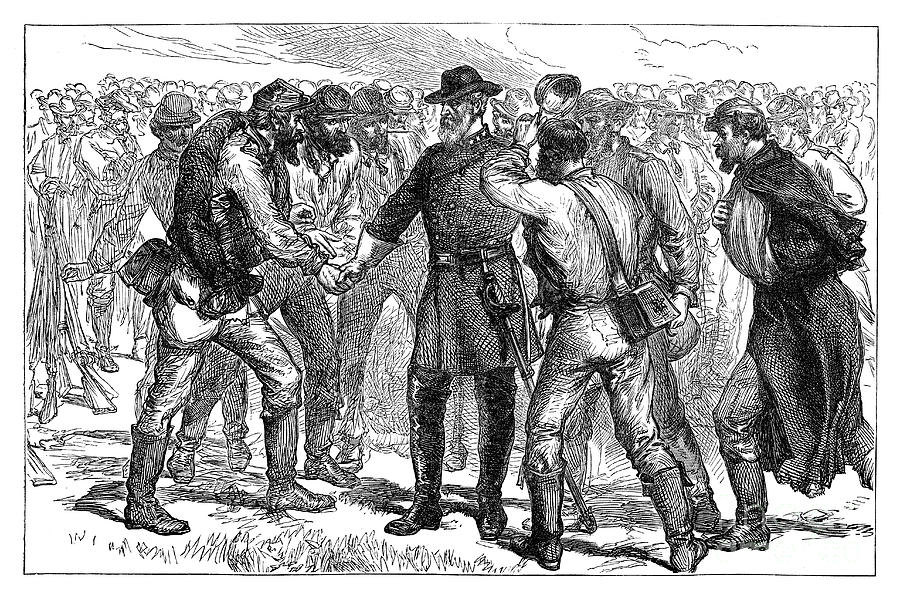 General Lee taking farewell of his soldiers, 1865 (late 19th century). The foremost Confederate general of the American Civil War, Lee (1807-1870) took command of the Army of Northern Virginia in 1862. In 1865, the final year of the war, he was appointed General-in Chief of Confederate forces, but surrendered to the Union commander, Ulysses S Grant, at Appomattox Court House, Virginia on 9th April 1865. He remains a revered figure to many in the American South. Published in Cassell's Illustrated History of England, Vol IX. (Photo by The Print Collector/Print Collector/Getty Images)