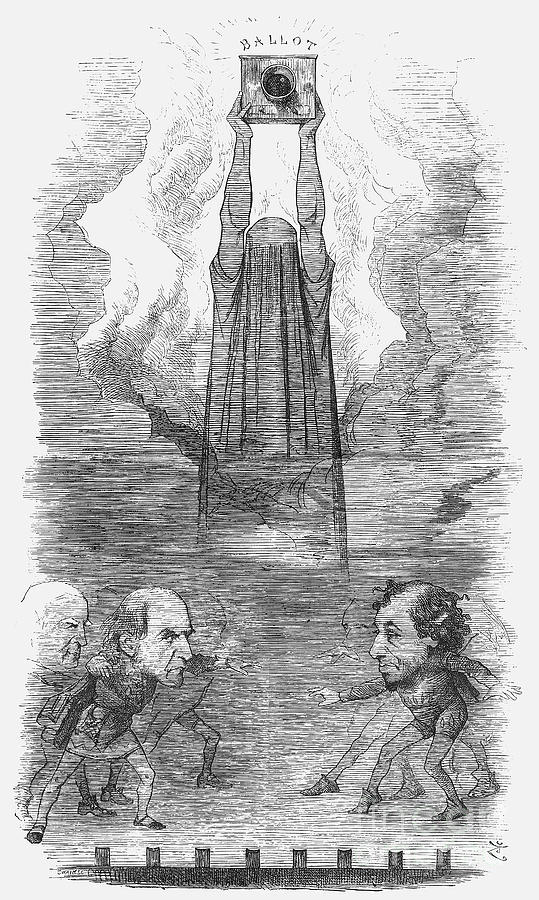 General election, (1874?). A shrouded figure holds up the ballot box whilst, in the mists and gloom at the figure's feet, the Liberal Prime Minister, Gladstone, with his Home Secretary Robert Lowe at his heels, gropes his way towards engaging in combat with the Conservative Leader Disraeli. A General Election was looming, especially in view of the recent troubles of the Liberal administration. The new voting procedures introduced under the Ballot Act, though, were about to be tested for the first time. The procedures included provisions for secret voting. From Punch, or the London Charivari, (1874?). (Photo by The Cartoon Collector/Print Collector/Getty Images)