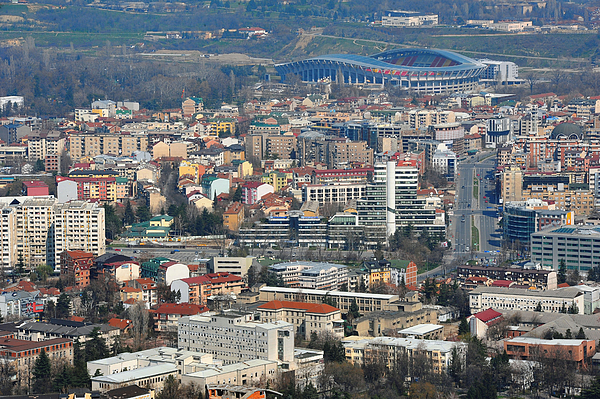 Commercial and residential buildings stand on the city skyline in Skopje, Macedonia, on Sunday, March 17, 2013. Macedonia's economy contracted by a real 0.3% on the year in 2012, compared to a growth of 2.8% a year earlier, an estimate released by the country's statistics office showed. Photographer: Oliver Bunic/Bloomberg via Getty Images